How 360° Video is Transforming Viewer Experience

The release of 360-degree video on Facebook and Youtube in 2015 ushered in a new era of Virtual Reality. What had previously been limited to experienced professionals on a strictly experimental level, was now open to the masses. Virtual Reality headsets for iPhone became available on the consumer market and soon everyone from individuals to large corporations began experimenting with how to make 360° videos.

Many companies have jumped at the opportunity to take advantage of 360° video, recognizing it as a new and highly interactive way to produce digital content and engage with their audiences. This new type of experiential marketing is already transforming viewer experience in a big way and is a relatively untapped resource for interested parties.

For brands already working with video content or looking to start, the emergence of 360° video is an exciting concept. It is still quite new for consumers, and it offers companies a new method of creating big impact content that is immersive and spectacularly visual. With many 360° cameras now offered at a price point accessible to consumers, even small brands or individuals are able to tap into the growing trend.

With the use of a 360 degree panoramic video camera, companies are now able to give their viewers an experience rather than just viewable content. On a device built for viewing 360° video (such as a Virtual Reality headset for iPhone), this immersive video experience can feel like you are actually in the midst of all the action. When simply viewed on a mobile device, 360° video gives viewers the capability to change their viewpoint or move around within the video to explore the environment. 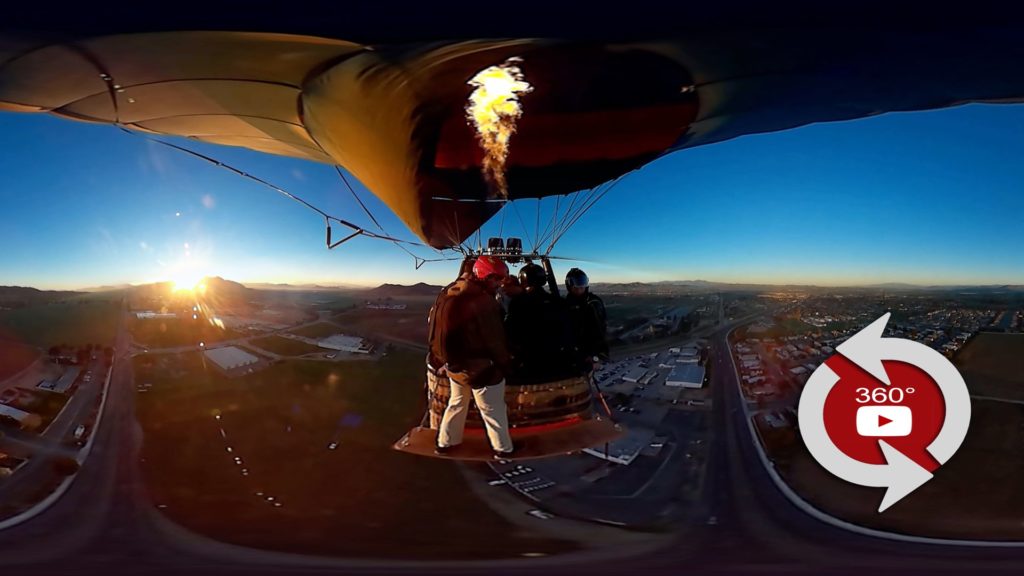 360 video in an air balloon

Creating content with the use of a panoramic video camera is a major evolution in how brands can use video to engage with their viewers. For the viewers themselves, 360° video has transformed the viewing experience from a passive one to an active one. It brings the viewer into the action and gives them an almost directorial authority in choosing how to navigate the video content. Not only does this provide viewers with a more engaging and exciting experience, it can also make the brand’s message more powerful. Together, these two factors can give companies a serious edge in a competitive tech landscape.

Whether you are new to the world of 360° video or a seasoned pro, you are likely to start seeing a whole lot more of this exciting new technology. Should your media company venture into the world of 360-degree video, Wiredrive will be there for you. With the launch of our new 360-degree player and support for 360° video, we at Wiredrive are prepared to help you in all your media content endeavors.

The best way to experience Wiredrive is to take it for a test drive. Request a trial today.